The "Own Name" defence has proved a challenging issue across jurisdictions. An interesting approach to the issue was recently taken in Singapore, 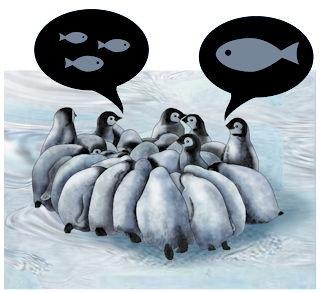 as reported by Kat friend Aaron Thng of Amica Law.

"The “Own Name” defence to trade mark infringement recently received considerable attention in Europe in the aftermath of the European Commission curtailing its availability in respect of non-natural persons. Specifically, as a result of EU Regulation 2015/2424, which came into force on 23 March 2016, only natural persons (i.e. human beings) can invoke the “Own Name” defence in the EU. Companies and businesses will no longer be able to do so. Previously, companies could invoke it as a defence to trade mark infringement, like ASOS plc did, with much success, in Assos of Switzerland SA v ASOS plc [2015] EWCA Civ 220.

The Defendant raised the “Own Name” defence, asserting that the “amc” element in the Defendant’s Marks could also be found in its own company name, AMC Live Group China (S) Pte Ltd. In contra-distinction with the position in the EU, the Court confirmed that, in Singapore, the defence is indeed available to a corporation in relation to the corporation’s use of its own name. Indeed, the Court did not just make the defence available in respect of a corporation’s legal name, but also applied it to a corporation's trading name, which is a name that is sometimes used by corporations to carry out their business which may differ from its registered name.

For example, the Eastman Kodak Company is more commonly known by its trading name, Kodak. In one sense, the Court noted that use of a name by a corporation is not any different from the applicability of the defence to natural persons, whereby an individual would technically be able to invoke the defence in relation to an adopted name by which he or she is known, such as an actor’s stage name or a writer’s nom de plume.

The Court, however, recognized the potential for abuse, since corporate names are artificial creations that can be adopted and changed at will. Nevertheless, according to the Court, any potential for abuse could be effectively policed through a “diligent application of the ‘honest practices’ proviso” found in section 28(1) of the Singapore Trade Marks Act. This proviso required that the use of one’s own name first be “in accordance with honest practices in industrial and commercial matters” before the defence can be made out.

Therefore, rather than following the EU and curtailing the availability of the “Own Name” defence in respect of corporations, the court in Singapore let the “honest practices” proviso to do most of the heavy lifting when it came to weeding out undeserving defendants. Having regard to the enhanced role of the "honest practices" defense, the Court in this case required that a defendant be also “subjectively honest in his use of his own name,” despite the express wording of the section, “honest practices in industrial and commercial matters,” pointing more towards an objective assessment (at paragraph 56). The Court reasoned, at paragraph 57 of the Grounds of Decision, that “it cannot lie in the mouth of a defendant to say that his acts were in accordance with honest practices if those acts were in fact motivated by a lack of bona fides.” 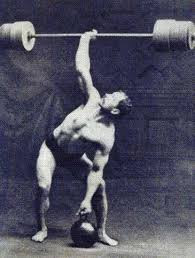 In this case, the Defendant’s invocation of the “Own Name” defence failed. The Court found that the Defendant’s China-based affiliates had represented themselves as a Singaporean events-management company known as “amc” well before the Defendant had been incorporated in Singapore, and at a time when the Plaintiff was the only Singaporean company engaged in the events-management scene going by the name “amc.” While they were presenting themselves as “amc,” the Defendant’s affiliates had organized corporate events in Singapore, which were comparable to, and in direct competition with, similar services offered by the Plaintiff, prior to their incorporation of any company under the name “amc.”

To the Court, this was strongly suggestive of an active misrepresentation by the Defendant’s affiliates that it was connected to the Plaintiff, a misrepresentation that the affiliates had continued to perpetuate when they subsequently established the Defendant, which adopted “amc” as part of its legal name. The Court therefore found that the Defendant had failed to discharge its burden of proving that its use of the “amc” name as well as the Defendant’s Marks had been honestly and independently conceived, and in accordance with honest practices. The Defendant was therefore liable for trade mark infringement."

Related : "Own Name" defence in Singapore--when "honest practices" does the heavy lifting