Unlike LG G4 and Galaxy S6, Nexus 5X does not offer OIS optical stabilization, however, its 12.3 megapixel image sensor offers large photosites of 1.55 microns which allow it to capture more light, all accompanied by a dual LED flash and a laser autofocus.

Indoors, where the light is good, all four sensors offers good performance. We notice some differences but nothing really alarming, the quality is there for all of them. Outside, the Nexus 5X the photo sensor stands out by offering brighter colors. At night, things get a little complicated. The LG G4 sometimes tends to overexpose is particularly visible in the latest picture. More generally, his three rivals are doing better in low light while it is he who is supposed to offer the best opening.

Macro, Nexus 5X really shows its potential. Ditto for the Galaxy S6 which remains one of the best in the market, although since the photo sensor of the Sony Xperia Z5 passed him on DxOMark. The iPhone 6S is struggling but still offers a correct result, even if the level of detail offered is not up to its competitors. 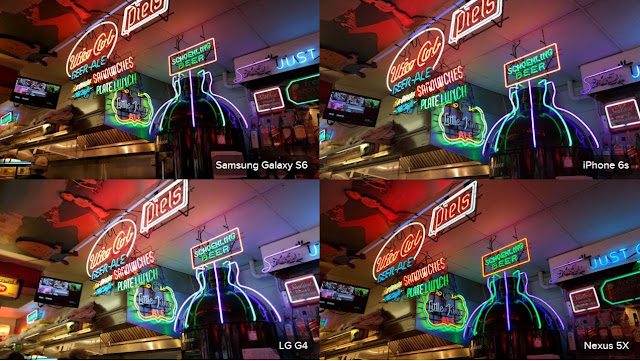 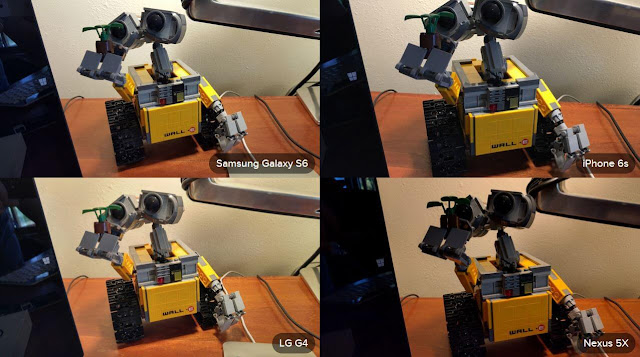 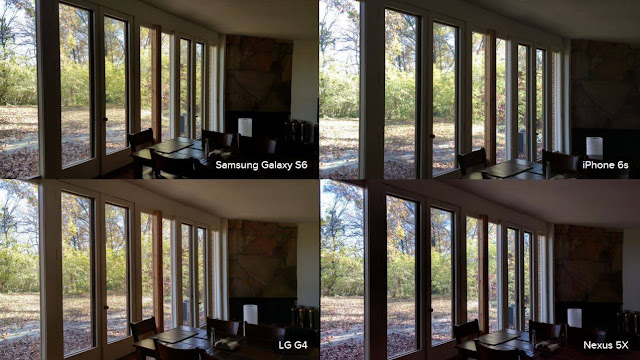 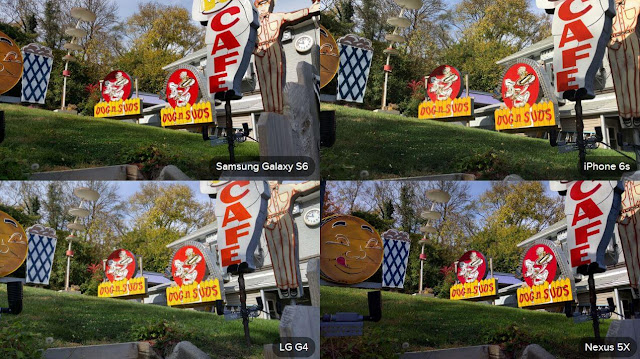 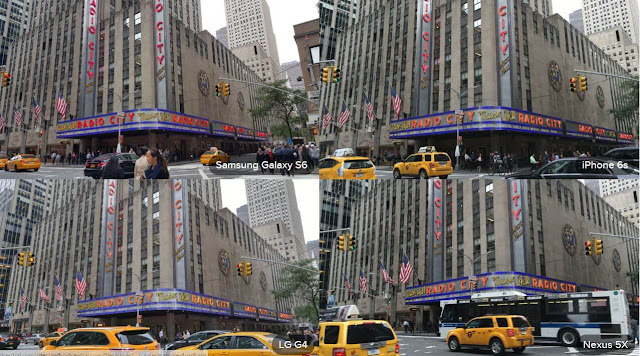 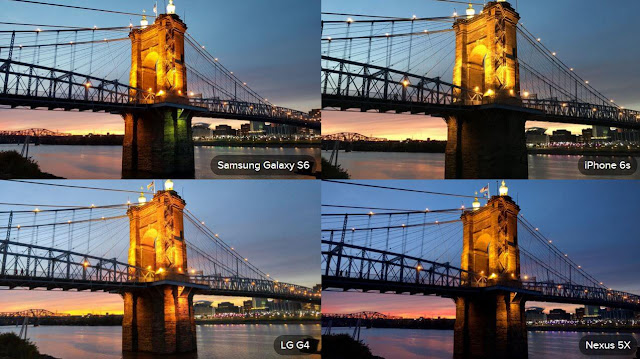 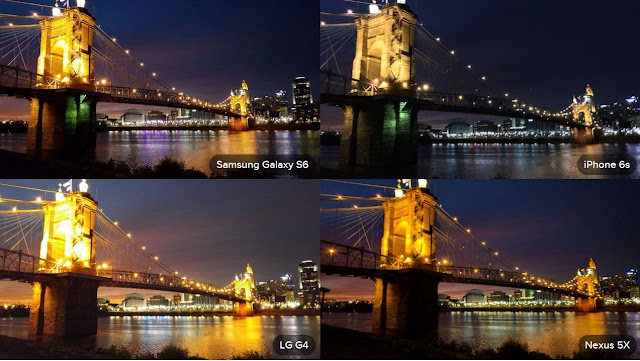 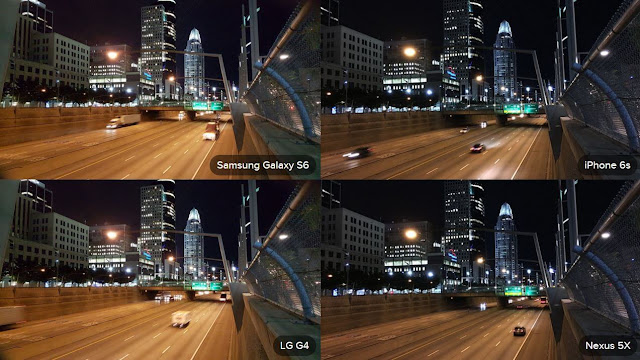 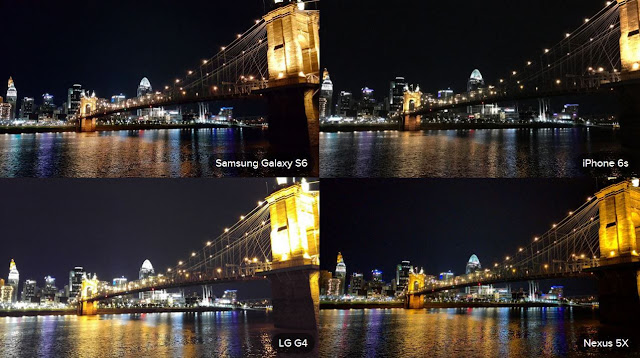 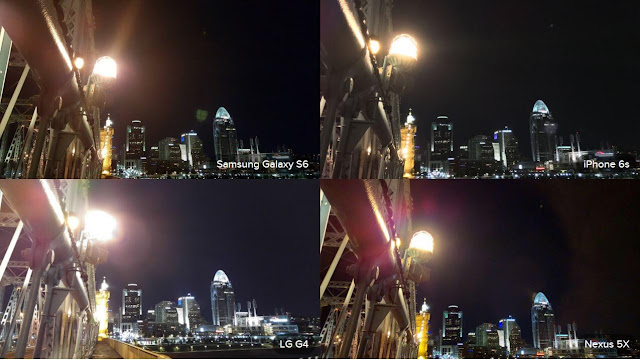 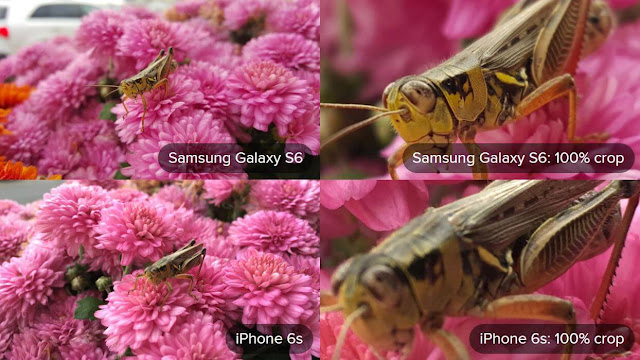 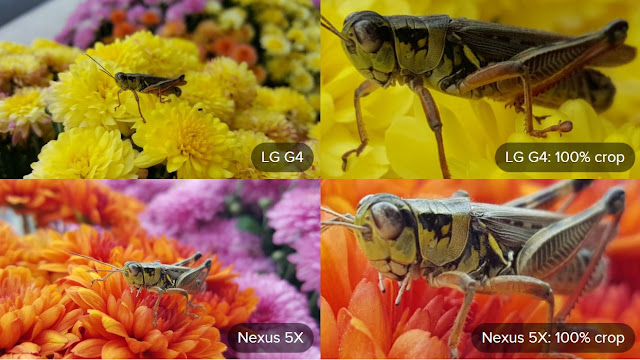