Mobile app development can be a treacherous path, requiring in-depth planning, precision and streamlining of processes to create a final app. It starts with an app idea and goes down to design, development, and deployment. However, one thing that needs to be decided even before you get down to the http://rudythecassol.blogspot.com /2015/04/30-best-mobile-app-ui-and-wireframe-development-tools.html" target="_blank">wireframe stage is which way you want to create or deploy your app.

It is important to decide whether you want to develop a native or cross-platform app. This is not as easy as it sounds. Remember, this is the most important part of the entire app development lifecycle and the final choice depends on several factors such as your budget, technical skills, and your end user base.

A native app is specifically developed for a particular device and installed directly on the device. Designed ground up, a native application is coded in a specific programming language and provides a high-degree of power, reliability and performance. A native app can be downloaded via app store such as Apple’s App Store and Google Play Store.

Native apps also have access to a device’s features such as camera or address book and in some cases work in offline mode also. However, the speed and functionality comes at a premium price. Since native apps are developed only for one particular operating system, very often company is forced to create multiple versions for http://rudythecassol.blogspot.com /2015/08/top-5-mobile-application-development-platforms.html" target="_blank">different platforms. 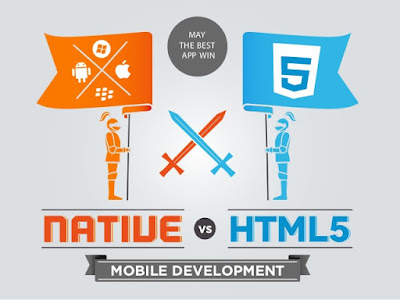 Mobile strategy is not just about having apps rather the shift is towards supporting multiple mobile platforms. Some big companies have the luxury to focus on just one operating system and turn blind eye towards other operating systems. However, the fact remains that most businesses need to target different device types and platforms.

For a startup, developing for different platforms could be a daunting task in terms of budget and manpower resources. Thankfully, several development tools exist to overcome this barrier using cross-platform mobile framework.

The output of such platform does not necessarily be a Native Application and hence, native code.

Flexibility Comes at a Price

But the low cost of cross platform app development comes at a hefty cost. One of the major drawbacks of using http://rudythecassol.blogspot.com /2015/08/top-5-mobile-application-development-platforms.html" target="_blank">Cross Platform app development tools is that in order to customize within the app, you always have to rely on the cross-platform tool itself. This restricts you from capitalizing on the security, performance, and upgrades of the platform. The code might not run fast compared to using other native tools. Furthermore, the Framework might not support each and every feature of an OS or Device.

Finally
Native apps might be an expensive proposition. However, they are faster and much more efficient. If you want to take strategic advantage of latest features in the underlying OS, a targeted user experience for the platform, robust performance and complete control over optimization, a native app will work out to be the best option. However, if you want to quickly http://rudythecassol.blogspot.com /2015/06/mobile-app-marketing-strategies-to-promote-and-increase-downloads.html" target="_blank">launch a mobile app on several platforms with a fast time to market, you can consider cross platform tools.

How do you approach cross-platform development for mobile apps? Are you in favor of using a framework or in favor of native all the way? Let us know your thoughts.