Your Guide To The Ultimate Game Day Setup With Motorola

Your Guide To The Ultimate Game Day Setup With Motorola 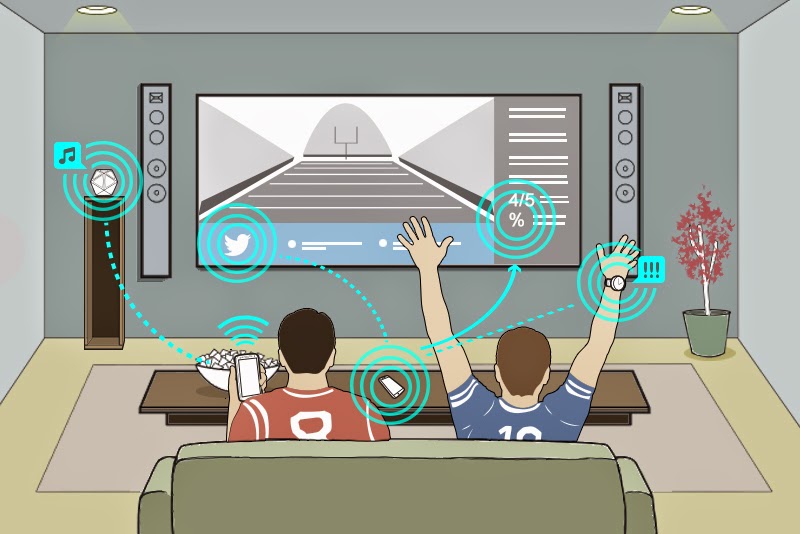 The big game is upon us, and two teams remain. This Sunday. Seattle vs. New England. Tom vs. Russell. Beast Mode vs. East Coast. Tailgating. “Deflategating.” Game on.

For the ultimate game, you’ll need the ultimate viewing setup. Here’s your guide for watching the game in all its multimedia glory with Motorola.

TV
The game airs on NBC this year. And while you’ll certainly want to watch the network feed to see the amazing ads, you’ll also need to check out NBC’s stream of the game, which is available on the web or the NBC Sports app. It promises to be an incredible multimedia experience, including multiple camera angles, live stats, instant replays, and more.
With Google Chromecast, it’s easy to stream the game to your living room. In fact, if you have a second TV, stream it there as well to give you and your guests another way to check out the action. Or look at how well the puppies are playing in their annual match up.

Phone
Before the kickoff, make sure your audio/video system is a well-oiled machine. Use the THX tune-up app on your Moto X to properly calibrate your TV and surround sound system.

Once the ball is in play, keep one eye on the TV and the other on your phone to follow all of the hashtag action on Twitter. If you don’t have it already, get the NFL Mobile app for your phone. It’s the best way for you and your friends to keep up with all of the gritty gridiron news, stats, videos, and more.

Make sure you're ready with Shazam. If this year’s game is anything like last year, some ads will feature exclusive content for Shazam users. If not, you can always use the app to find out what song is playing in that catchy car commercial.

Watch
Style. Functionality. Smack talk. And what better way to use your Moto 360 than to instantly talk some good-natured smack with your friends. Use your voice to send Hangouts to your friends. We’re pretty sure the intensity will translate. You can also get Twitter feed to your Moto 360 via the Twitter app.

With all of that excitement in the air, you’ll want to keep close tabs on your vital signs. With http://rudythecassol.blogspot.com /2014/11/moto-360-choose-watch-that-fits-your.html">Moto Body, you can see your pulse jump with every heart-racing play. Also, if you’re feeling stuffed with nachos, walk it off at halftime, tracking your distance and calories burned as you do. You can even listen to music while you stroll and keep the party vibe going (without even taking your phone).
When the final whistle blows and you’re sufficiently partied out, use Moto 360 to get a Lyft home safely.

Speaker
Turn the party up with some music. Moto Stream lets you turn any speaker wireless, so it’s easy to stream music from your phone, tablet, computer, or Moto 360. Diehard fans may even consider switching over to some additional online game commentary. If you don’t mind sharing control, set Moto Stream to Heist Mode and let others stream tunes from their phones.

Food
Your friends are arriving at your big party. They’ve brought their friends. And their friends’ friends. And you have two pizzas. Don’t worry about running to the store for more food and missing any of the game. Use the Eat24 app to order from select local restaurants from your Motorola device. Even better? You can do it from your Moto 360. Find out more at the Eat24 blog.

The field is set and so are you. Enjoy the game!

Related : Your Guide To The Ultimate Game Day Setup With Motorola